The Biblical History of Ein Karem – And Why You Should Visit 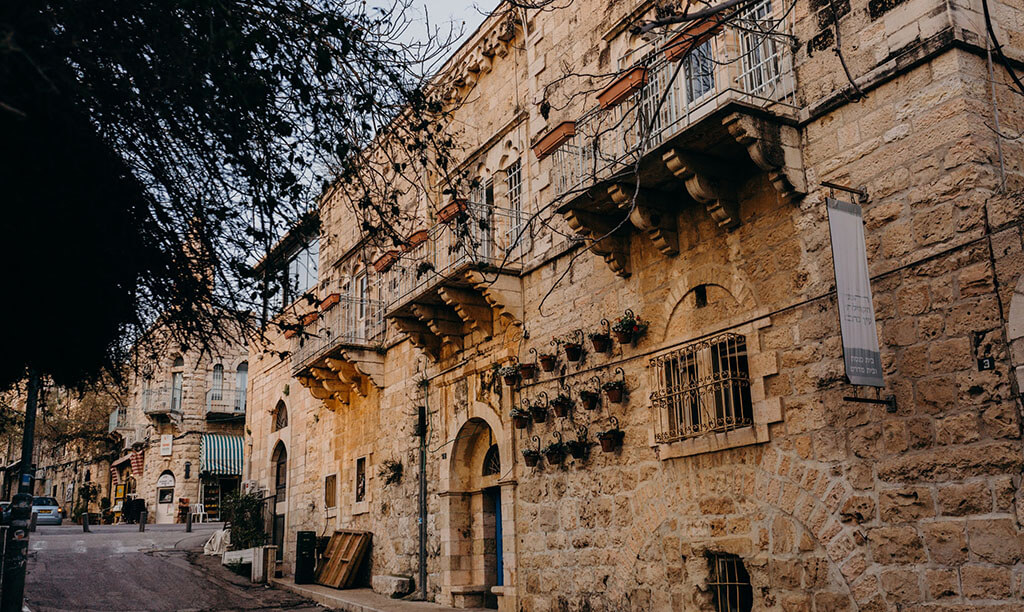 When people think of the Holy Land, many only consider Old Jerusalem. However, there are several other must-see pilgrimage locations in the surrounding areas. At the top of the list is Ein Karem, making it a key stop on our pilgrimage to the Holy Land.

Located 7.5 kilometers (about 4.5 miles) south of Jerusalem, Ein Karem is significant for its biblical history and must-see religious sites. Today we will highlight all there is to see in this beautiful countryside.

Ein Karem in the Bible 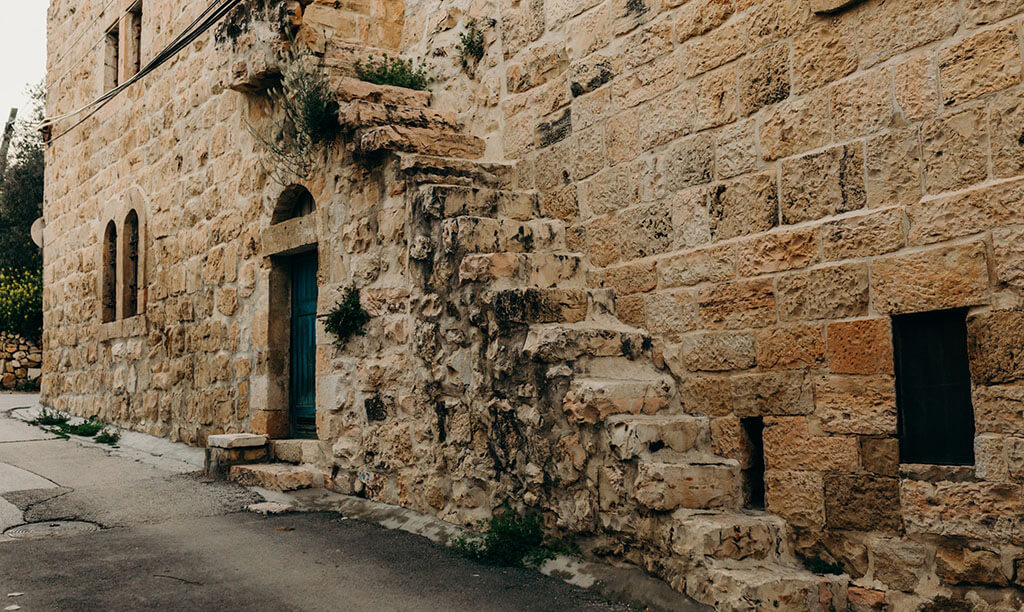 To appreciate Ein Karem as a pilgrimage destination, you must first understand its biblical history.

The picturesque hillside of Ein Karem is the location of the following events from the Bible: 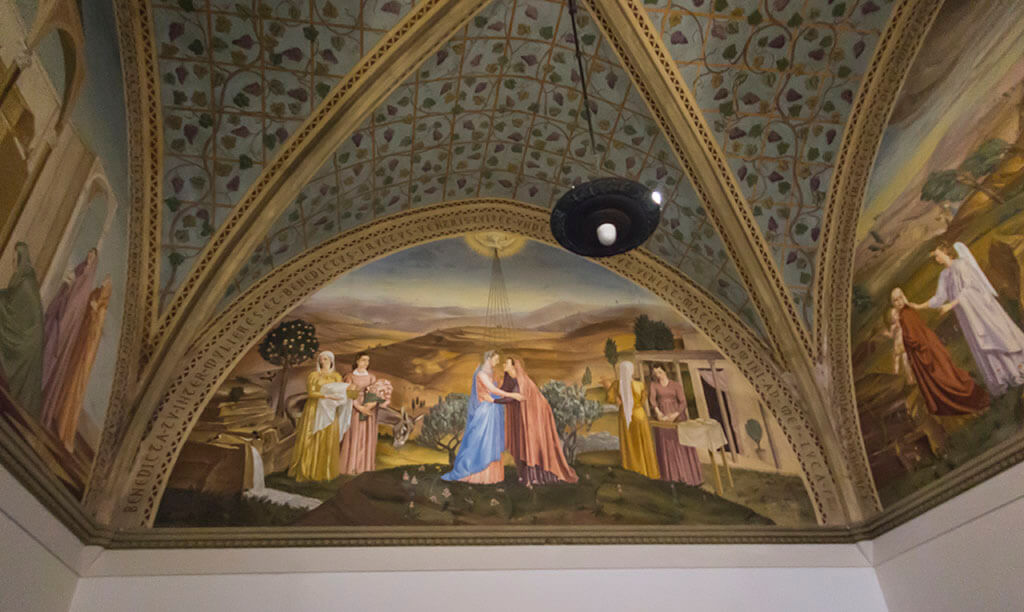 Ein Karem witnessed the event of the Visitation (Luke 1:39-56). As the name denotes, this is when Mary visited Elizabeth and her husband, Zechariah. She was there to assist elderly Elizabeth in the last few months of her pregnancy. Elizabeth’s baby was none other than Saint John the Baptist.

When Mary arrived and greeted Elizabeth, “the child leaped in [Elizabeth’s] womb” (1:41). This moment is significant for a couple of reasons:

Other verses of this biblical account also provide us with key traditions of the Catholic Church:

The Birth of Saint John the Baptist 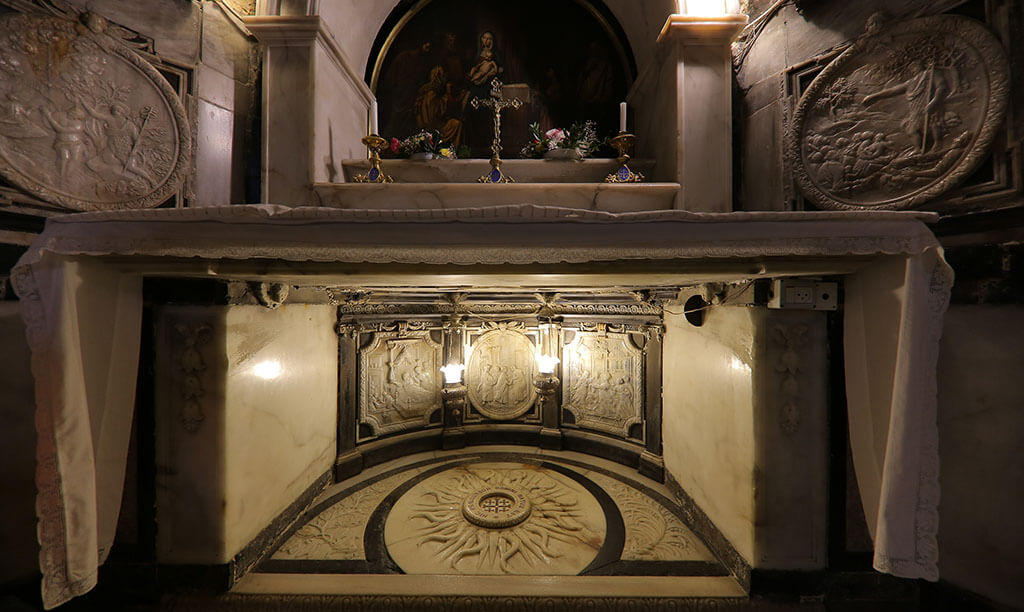 Inside the Church of Saint John the Baptist, a marble star beneath the altar denotes the location of his birth

Ein Karem is also the birthplace of John the Baptist (Luke 1:57-66). His conception and birth were due to God’s intercession, as they had been barren their whole marriage. This miracle was made known to Zechariah by Gabriel the Archangel.

Zechariah’s skepticism of Gabriel’s message resulted in him being made “silent and unable to speak” until John’s birth (see Luke 1:5-25). Zechariah began to speak after writing on a tablet, “His name is John” (Luke 1:63).

As soon as Zechariah could speak, he began to prophesy about Jesus and about John's role as a prophet. His prophecy is now known as the Canticle of Zechariah (Luke 1:67-79). This Canticle, like the Magnificat, is a prayer recited in the Liturgy of the Hours.

What to See in Ein Karem

Ein Karem means “Spring of the Vineyard,” and you will understand why when you visit! Entering this picturesque hill country is like stepping into a painting of lush gardens and vineyards.

When you travel with us, you can rest assured that you will have all the best destinations built into your itinerary. A few “must visit” places include:

Church of the Visitation 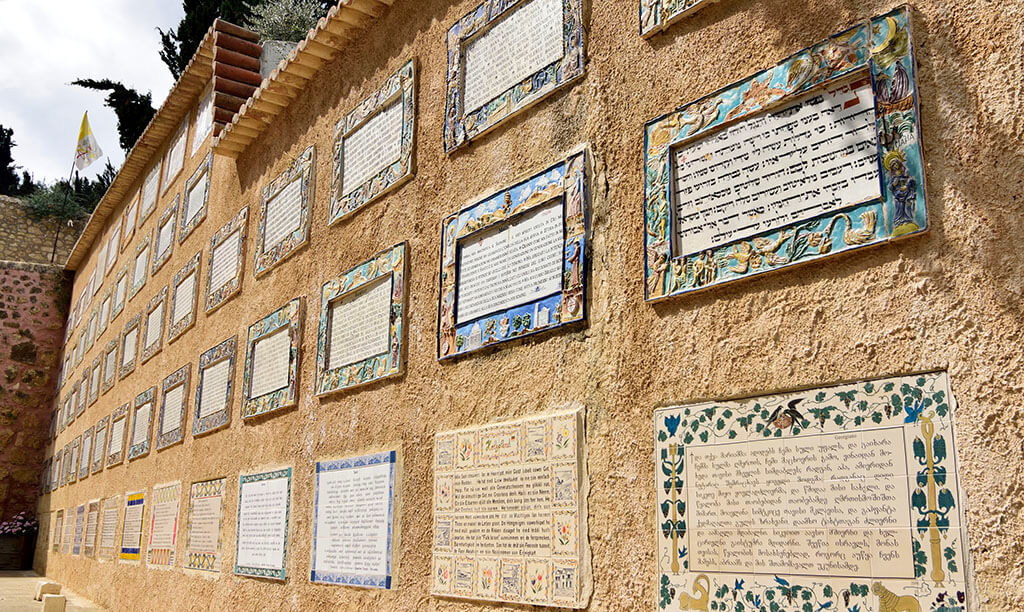 Magnificat Wall at the Church of the Visitation in Ein Karem, Israel

There are three places to explore while you contemplate the Visitation:

View of the Church of St. John the Baptist in the Village of Ein Karem

This church (and Franciscan monastery) holds an abundance of history and opportunities for prayerful reflection. There are a couple of places to consider: 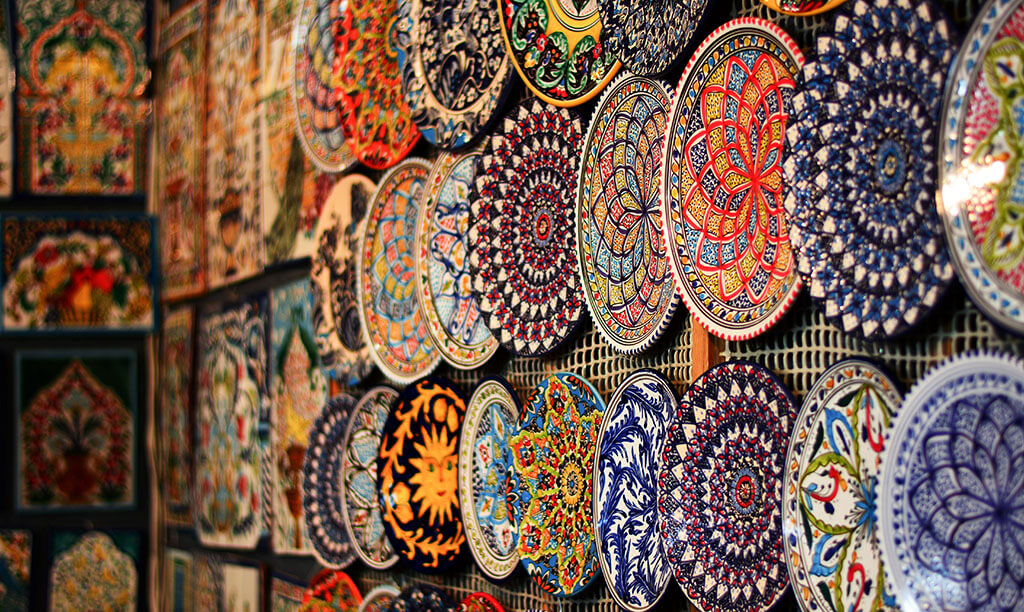 Colorful souvenirs line the walls of this downtown shop

In addition to its rich biblical history, Ein Karem is a vibrant art community. Amid its upscale downtown, you’ll see numerous art galleries containing the works of local artists. What could be a better way to commemorate your visit to the Holy Land than a one-of-a-kind art piece?

Ein Karem hasn’t forgotten the culinary arts either. Some of the top restaurants in the area are in Ein Karem. Maayan Street and Ein Karem Street offer most of the town's culinary delights, including Italian, Moroccan, and French cuisine.

Glimmer Tours will ensure that you won’t miss out on all the best that Ein Karem has to offer (and it offers a lot)! See all the ways that a Glimmer Tours Holy Land Pilgrimage can deepen your prayer life and provide an unforgettable adventure. 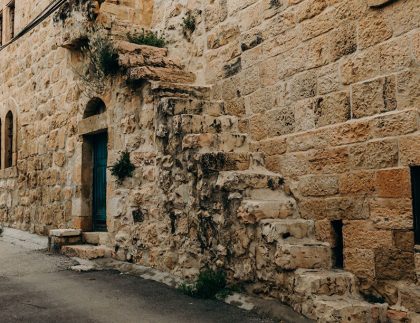 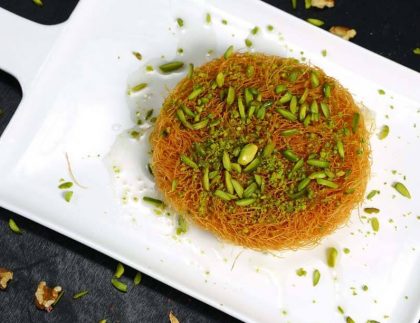 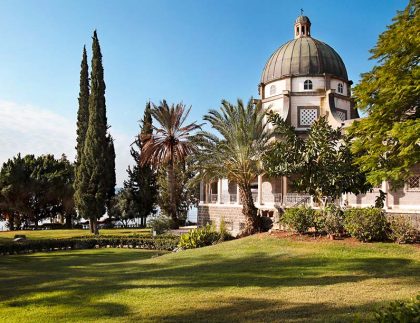